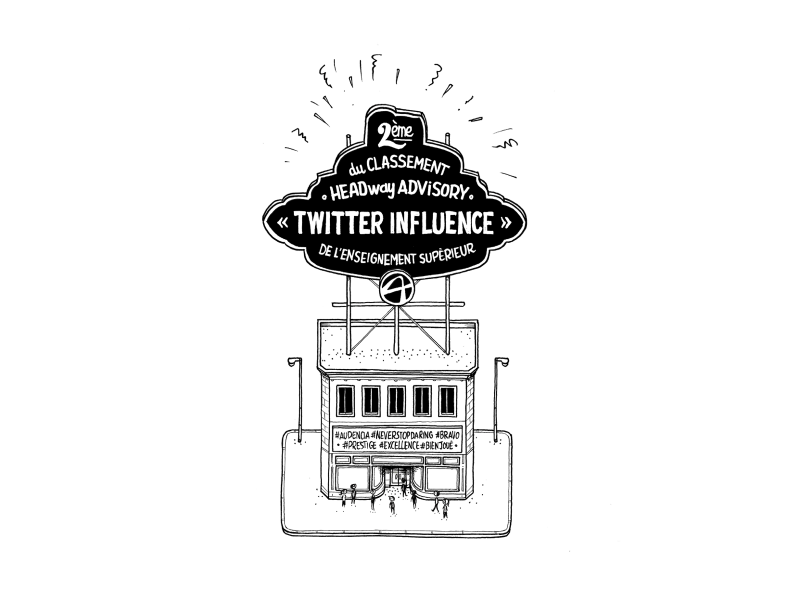 Audencia in the top 5 most influential higher education institutions on Twitter!

Every year for the past 5 years, the higher education consulting firm HEADway Advisory has published its ranking of the most influential higher education institutions and personalities on the social network Twitter.

This year, Audencia has gained 2 places compared to last year and has climbed to 5th place, tied with the University of Paris Sciences et Lettres (PSL) in the overall ranking, all categories of schools combined. The school also took advantage of the opportunity to take 2nd place in the ranking behind HEC in the business school category, an advance of one place compared to the 2019 ranking!

Thank you to all our followers on Twitter for their loyalty!