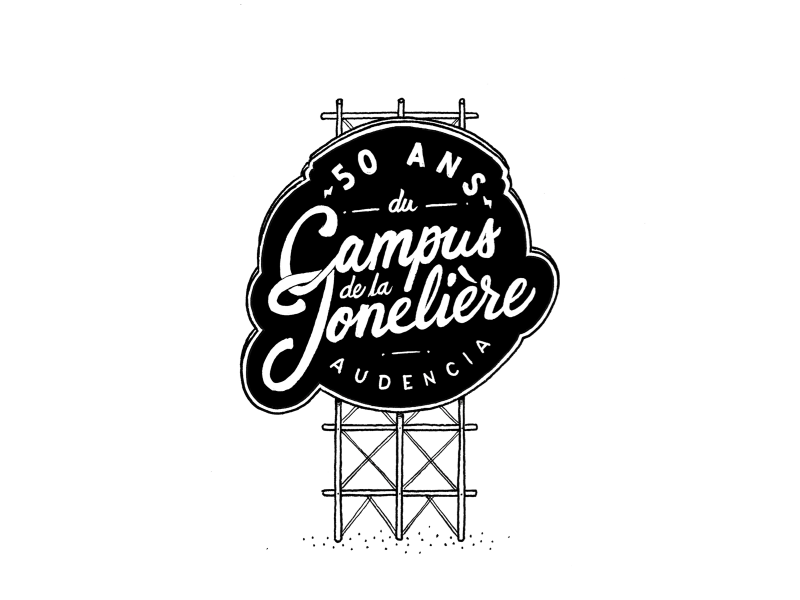 The Jonelière campus is 50 years old:

In 1970, due to the increase in enrolment and its rich choice of courses, the school moved to new premises comprising 7,000 square metres of floor space on two hectares of land.

The New Campus was officially inaugurated on 9 January 1970 by the then Minister of Education, Olivier Guichard.

In May 2017, to better meet the expectations of its students and employees, Audencia began renovating and extending its historic campus in the heart of the Nantes university district. The site was renamed Atlantic Campus following a consultation with all the school's stakeholders, which now also offers courses in Paris, China and Algeria. The main campus in Nantes has been redesigned as part of a co-creation process. It has enabled a concerted reflection allowing students, teachers and staff to imagine the layout of their living and working space.

In this new learning environment, resolutely open, flexible and connected, multicultural interaction and personal development will be facilitated. The new technologies will enable the digital transformation of teaching and organisational agility to be fully integrated. Faithful to its values, the school will pursue within Atlantic Campus a broad CSR orientation in terms of energy consumption, Business Efficiency, ergonomics and well-being. The enlarged campus will thus be able to once again accommodate all the activities and personnel relocated since 2014 in a rented building just a few minutes away from the campus.

Audencia's new premises will benefit from a resolutely innovative design, in keeping with the school's place among the most beautiful campuses in France: a green ceiling (symbol of the school's CSR commitment), a digital platform on the ground, open spaces with daylight and modular... #NeverStopDaring